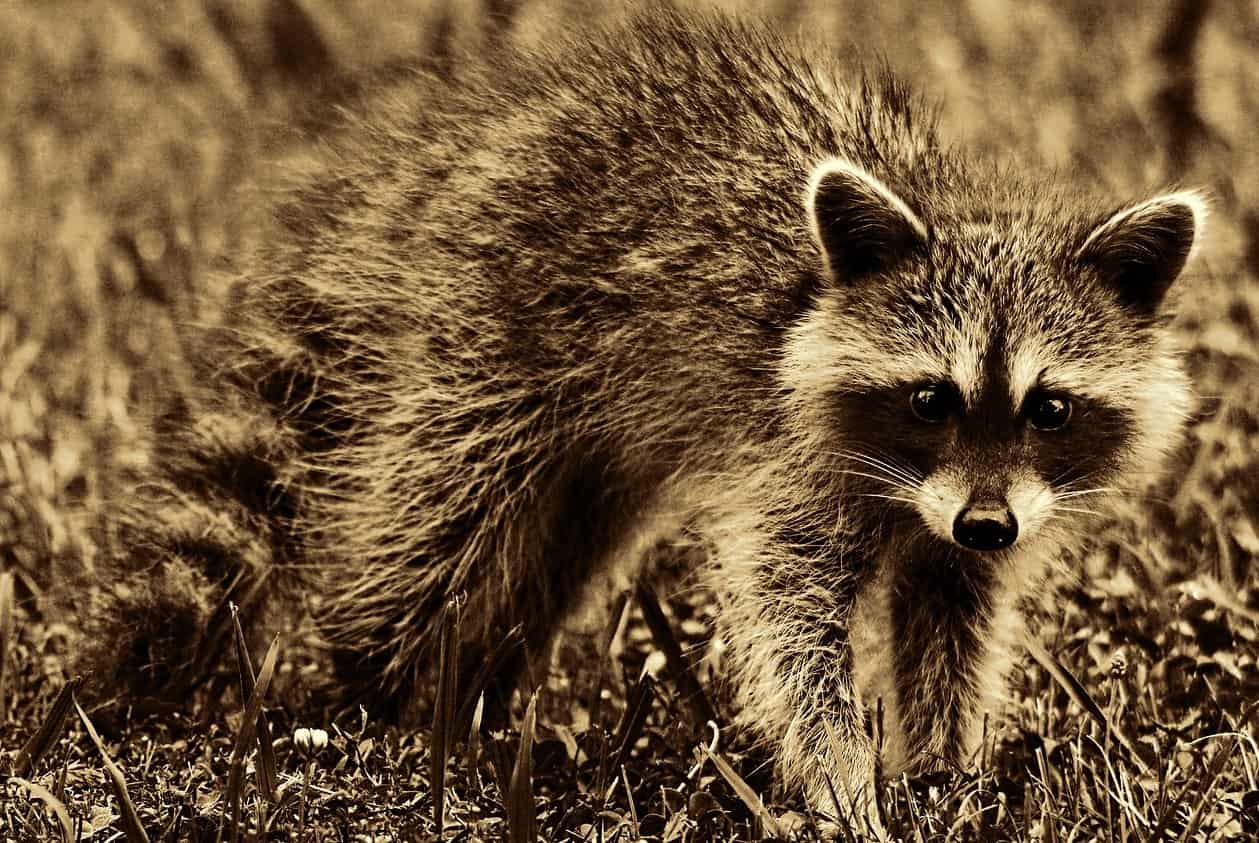 My mother saw the raccoon first.

She was chopping veggies in front of an open window, hoping for a breeze because it was August, and already hot and sticky before ten in the morning.

My little sister sat in the window; I played across the room.

The rhythm of my mother’s knife slicing against the cutting board slowed, stopped.  She laid the knife down.

“What?” My sister asked.

Through the sagging window screen, we watched the dirty raccoon shuffle onto our lawn.  Its jaw and neck rolled and jerked as it went.  Bloody, milky foam was plastered around its mouth.  It looked pathetic, not dangerous.  Like it was looking for someplace to die.

We jumped when it snapped and pawed at a bumblebee that got close to it.  Its belly was covered with thick black mud.  Behind our house was an oozing swamp that stank like turpentine from rotting pine needles and made the humidity worse.  The raccoon must have come out of the swamp.

When I moved toward the door, my mother said, “Don’t even think about going outside.”

I volunteered to kill it.  We needed to kill the rabid raccoon and I was the man to do it.  I promised not to leave the porch or go near the body.  I got my BB gun from under my bed and even put on a pair of safety glasses, and my mother relented and gave me a few BB’s she and my father kept hidden.  I had my own, of course.

The puffing BB gun wasn’t strong enough to kill it, not even after a few shots.

My mother ordered me back inside when it was clear that I’d failed.

We lived too far from civilization—the flavored ices and stickball in the streets my friends were all probably enjoying—for an animal control service, so my mother called the state police.

Both of them saluted my mother, touching two fingers to the brims of their wide Stetson hats.  They had a quick conversation, staring at the raccoon.  One of them was young and fresh faced.  The creases in his neat uniform led the way as he squared off against the raccoon, gun drawn. 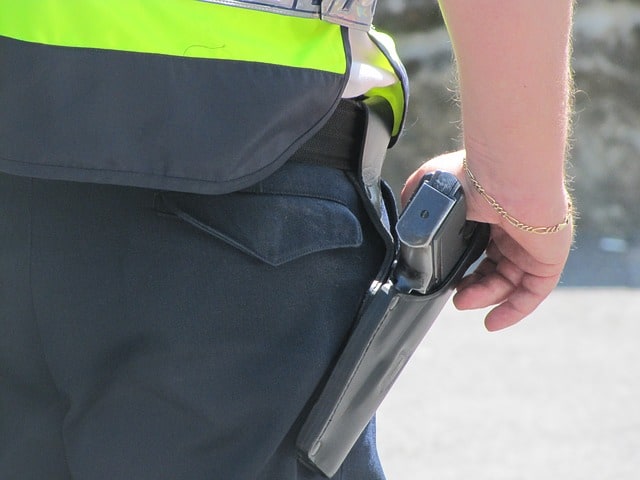 Justice was about to prevail.

His shot, loud through the thick, humid air, blasted the raccoon back a couple feet; bloody chunks blew out of it.

My sister and I cheered from inside the window, and the faintest smile crossed the young trooper’s face.

The sense of adventure soured as the second trooper, an older man with beard stubble and a small potbelly, assumed the same squared stance and drew his gun.

“It’s dead,” my sister said, as the older trooper aimed at the raccoon’s mangled body.

-and my mother clamped a hand over her mouth when the trooper turned to stare at us.

She was right.  It was dead.  Definitely dead, deader looking than any dead thing I’d ever seen, but the older trooper shot it anyway, more bloody bits flying up as he emptied his clip into the raccoon.  He wasn’t as good a shot and hit the grass a few times.

They returned to their cruiser, but instead of getting out a net and a bag like we expected, they leaned against it, chatting.  The younger trooper kept gesturing, excited.

Uncertain, my mother returned to the vegetables but didn’t pick up her knife.

“Stop watching them,” she told me.  “Go play.”  My sister was already looking away.

I didn’t want to play, not until they left.

Nervous, I couldn’t take my eyes off them, like I was a hostage to curiosity.  Or to the troopers themselves.

Or to their guns.

“I told you to stop staring at them.”

A while later another cruiser pulled up and two new troopers got out.  They shook hands with the first ones, examining the meaty pulp that used to be the raccoon.

Then they each squared off against the dead raccoon and emptied their clips into it.  The last trooper, a black man built like a linebacker with a granite face had perfect timing; his crackling gunshots evenly punched the air like a metronome.

My sister started weeping again and my mother cradled her face.

The troopers all shook hands again.  The two newcomers drove away.

When the original set got into their cruiser my mother yelled and pounded on the window frame until the heavyset trooper looked at her.

“Take it with you!” she screeched, pointing at the raccoon, making scooping, carrying motions with her hands, which were shiny with my sister’s tears and snot.

“Goddamn them.  Had their… their… fun and now they’re leaving.”

The cruiser’s lights flashed as they backed down our driveway.

My mother put on my safety glasses and rubber gloves and went outside.  She poured out an entire bottle of bleach on the mangled raccoon, then swept it into a tripled up trash bag and double wrapped the broom before throwing both away.  The bleach left a bright, white, bald spot in the middle of our lush, emerald lawn that my father could never get rid of.

I took a ten dollar loss, selling the BB gun at a yard sale, even with my own private stash of BBs thrown in to sweeten the deal. 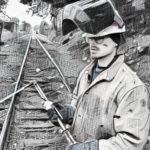 About the Author – Alexander Jones

Alexander Jones has short fiction and poetry appearing in Akashic Books, Bastion Magazine, Crack the Spine and DenimSkin, among other publications.  His nonfiction was recently anthologized by 2Leaf Press and an essay he wrote won GoRail’s 2012 contest. Alexander Jones has a BA in English/ Creative Writing and is currently pursuing a second BA in History.  He works as a metal fabricator and lives with his family in New Jersey.