Everyone has the potential for violence. You’d be amazed, really. There’s the girl stripping wings off tiny white moths behind the building where her dad beats her mom, or the nurse who screams obscenities at her roommate after a shift in the emergency ward. Violence is contagious. It’s how some people deal with their own pain; a way of projecting onto others as a means of release. In a way, it’s a form of love, a twisted kind of connection to someone outside yourself. Humans are, underneath it all, animals. 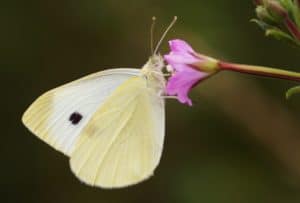 My husband was a librarian. When I met him, he seemed harmless. A kind little man with wire-rimmed glasses. We met at the library; I was looking for solace in a quiet place. The library I frequent is a beautiful old building beside the river that runs through the centre of my hometown. It has a sweeping staircase spread out in an arch and a gazebo outside that I often read in, but my usual spot is a window seat on the second floor that looks out over the river. In the winter, a northern lights exhibit gets set-up along the banks and I like to watch the lights twinkle from inside the cozy warmth of the building. After years away, the peace of this place gives me back my natural optimism; I’ll never leave again.

I met him in winter. He came from the big city three hours away to work as the children’s librarian in our sleepy little town. My window seat is in his section of the library, so the first time I saw him, he was reading aloud to a group of children gathered at his feet. On the book’s cover was an elephant, intricately decorated in gold and silver, and the man who would become my husband wore a top hat to match, like the ringmaster of a circus. He was giddy and expressive, flipping each page with a flourish. The children were enthralled, listening eagerly to his firm but melodic voice. I was enthralled too.

He was shy with women, his cheeks flaming red when the young mothers approached. Despite his hesitation, he was knowledgeable and kind, and soon all the moms were as taken with him as I was. The children clambered around whenever he appeared, and he’d smile indulgently as he picked up the book to begin his performance. And what a performance! His love of books was clearly apparent in how passionately he read to the children, and how he walked through the library aisles, gently gliding his fingers along the book spines, reverently, like a priest in a sacred cathedral. I wanted that passion, that reverence. I wanted those fingers, slim and tender, running along my spine. Desire, long suppressed, arose in me like it hadn’t in years, but so did fear. I was afraid to be hurt; afraid to make a terrible mistake. And I wasn’t wrong. I’m cursed in love, always gravitating to the wrong people. I don’t know why I can’t see it until it’s too late…

We had a short but sweet romance once I broke through his nervous exterior. That spring, we married in the gazebo by the river in a beautiful little ceremony, the library we both loved standing grandly in the background.

But soon his love began to sour…

I told him about the others who hurt me and at first he was kind and understanding. He said he’d never leave me. But too quickly I was reminding him of his promise as he pulled away. “Stay with me always,” I pleaded. “I need you.” I didn’t like the look he gave me when I said that, so I told him firmly I wouldn’t accept less than his deepest adoration. I began to notice little changes; longer nights in the aisles of books, intimate discussions with the young moms. I’d watch angrily from my window seat until he suggested I stop coming. He became brooding and withdrawn, jumping at the slightest movement. His moods scared me.

Sometimes I was so sad, I’d cry and cry. I’d beg him not to work, to stay with me, just him and I together, his hands touching me alone. I wanted him to read my very soul, to love me the way he loved his books. But instead of staying, he’d pull away and head to the library alone. My place of solace became his hideaway and I was angry with him for stealing it from me.

I was so angry.

Eventually, all I could think was how he was hurting me. I boiled with anger, the world coated in a veil of red. I wanted relief; I needed to cut open the pain and rip out the ache.

I was gentle when I removed the syringe from his arm, a remnant from my nursing days. And as I wrapped him in clear plastic and set him carefully beneath the floor of the gazebo, I looked into his eyes one last time and felt better. I felt so much better.

A tiny white moth fluttered to rest on the gazebo’s lattice railing, its wings glittering softly in the moonlight. Feeling peaceful and compassionate, I let it on its way.

About the Author of “The Librarian”

Kat McNichol is the Co-Editor for the Journal of Integrated Studies and the Editor-in-Chief of Dreamers Creative Writing. She is also a Director of Marketing-Communications in Waterloo and has spent the past 12+ years writing marketing copy for the high-tech industry. She holds a B.A. in English Literature, and an MAIS in Writing and New Media, and Literary Studies.