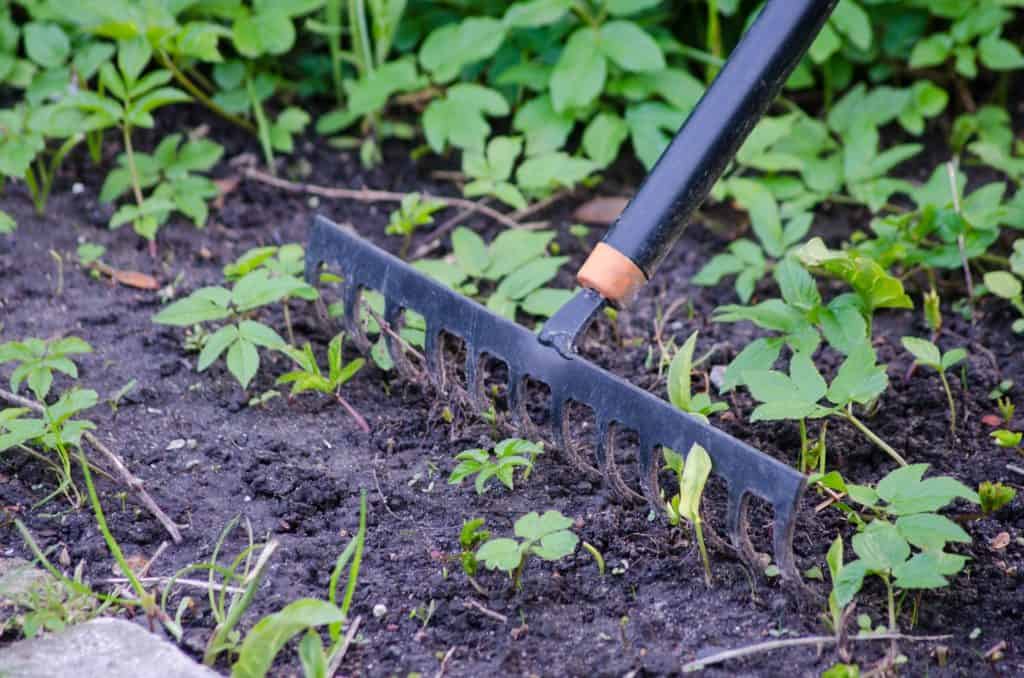 Julia stood on the median of Woolwhich Street, just north of Speedvale Road, two lanes of cars passing her on either side. She was using a gardening rake to drag shallow furrows down the thin strip of earth, like a traffic light zen garden. When she reached the end she picked up a watering can – green and plastic and missing the head, so it poured rather than sprinkled into the ridged earth.

A turning car caught sight of her. It half-swerved and blared belatedly on its horn. Another car pulled up to her right and stopped at the red light. The driver rolled down the window. “What the hell are you doing?” he yelled. “Trying to get yourself killed?”

Julia didn’t look up. “I’m gardening,” she said. Which should have been obvious, but maybe he wasn’t the gardening type.

“In the middle of the road?” he said. “You’re fucking crazy!”

“Too many weeds,” she said. “Too many.” She pointed at the pile of weeds she’d made against the light pole. There had been bindweed before she started, and chicory, and dandelions of course, and a bunch of scrubby grasses filling out the spaces between. Now there was only the freshly turned earth, gravelly and thin, but still earth, ever more striped with wetness.

Another car pulled up at the light, a beige sedan with no distinguishing features, difficult to describe in a hit-and-run police report, if it came to that. The window was already down. The driver leaned her greying head out as Julia watered her way down to the end of the median. “Are you okay, miss?” the woman asked. “You really shouldn’t be out here. Do you want me to call someone for you?”

“No thanks,” said Julia. “I’m fine.” Better than fine, actually. She passed this ugly patch of dirt almost every day on her way to English class, past all the weeds, shorter when they cut them once a week, then longer each morning. It was good to dig them up.

The light turned green, and the cars began to move again. “I hope someone runs your stupid ass over!” someone yelled as the cars passed. “Retard!”

Julia took a packet of seeds from her back pocket, a mixture of drought tolerant perennials she’d gathered herself – butterfly weed, pearly everlasting, lavender, and yarrow, the flowers of a new country. She shook them into the furrows a few at a time, not worrying much about where they fell, so long as they weren’t grouped too closely together. There was no place to garden at her apartment, but at least she’d have some flowers here to tend. She could water them when she came by in the morning, weed them a little on her way home.

She was about half-way done her sowing when a city truck arrived and parked in the lane beside her, its flashers on. “Hey there,” the driver said as he opened the door. He was putting on a white safety helmet, and he had on one of those fluorescent orange vests. “I’m gonna have to ask you to move off the median, ma’am. Too dangerous to be hanging around here.” 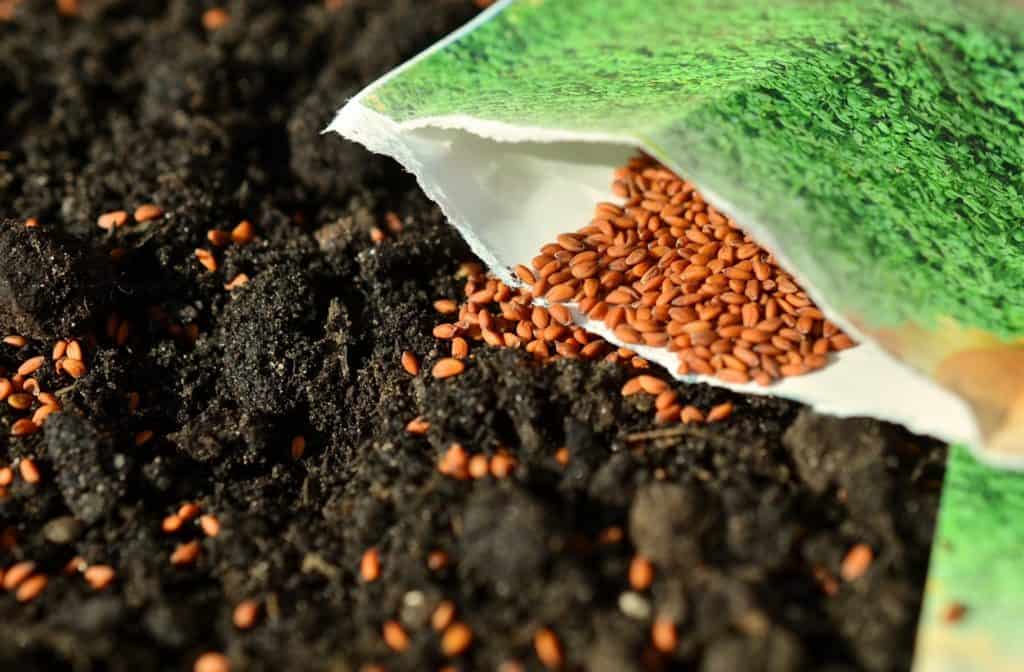 Julia kept on shaking out her seeds. She was almost done now anyway. Might as well finish the job.

Another guy in a yellow helmet but with the same fluorescent vest came around to the back of the truck. He leaned against the tailgate, his bare arms showing some hasty tattoos. “Ma’am,” the first guy said, stepping up onto the dirt, his half-tied boots scuffing through the neat furrows. “You can’t stay here. I don’t want to call the cops, but I will if I have to.”

“I’m almost done,” she said. “You want to rake the seeds in? Done quicker.”

The last few seeds found the earth. Julia carefully closed the packet and returned it to her jeans. She headed toward where the rake was leaning against the light post, but the guy in the white hat grabbed it first, tossing it into the truck. He followed it with the empty watering can, but Julia had already reached the full can by then, the new one, with the head that still sprinkled. It was heavy. She had to waddle with it dangling in front of her.

“Hey, Lonny,” the white hat said, “Grab that thing and put it in the truck.”

Lonny didn’t move from the tailgate. “Not a chance,” he said. “I’m not getting sued over a fucking watering can.”

Julia made her way down the median, working backwards, using her shoes to turn in the furrows and cover the seeds. She watered as she went.

“Give me that thing,” white hat said, and suddenly the can was wrenched from her hands, sent arcing into the back of the truck. It thudded and split, flooding the truck bed with water. She turned to tell him he would have to buy her another one, but he was looming over her, the whiskers of his neck standing out in his sun-burnt face. “I’m not gonna tell you again, lady. Get off the road, or I’ll call the cops.”

“Easy, Ian,” Lonny said. “You’re making a scene,” and he was. Cars were slowing to watch, and it wouldn’t look good on the city to have two workers intimidating a little bit of a woman no more than a hundred pounds.

Ian stepped back a little, but Julia pushed after him, looking up into his face, her pointed finger only an inch away from his chin. “You’re paying for my cans,” she said, “and you’re giving back my rake.”

“The hell I am.” He casually brushed her hand away and folded his arms across his chest. “Get. Off. The road.”

“I’ll complain to the city.” 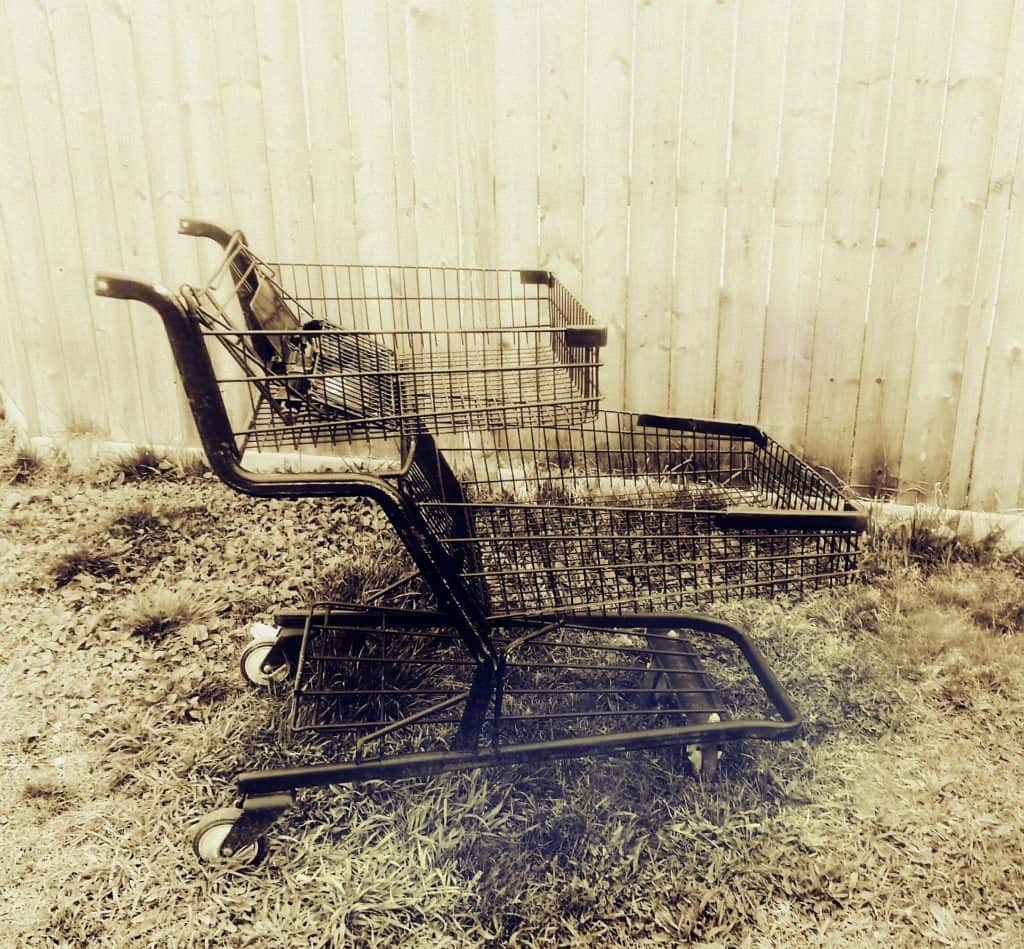 “Screw you,” Julia said, though it was less satisfying to curse in English. She pushed past him to where her shovel lay, the only thing they hadn’t taken, then she jaywalked the street toward her shopping cart, parked in the empty lot where the gas station used to be. Hopefully they wouldn’t dig up the seeds she’d planted. Then she could come back later and finish the job, assuming she could find another watering can.

She set the shovel in her shopping cart, and began pushing it home, down the hill along Speedvale. The cart was lighter now that it was empty of a rake and two full cans of water, moving easily, and she was almost to the railroad tracks when she heard shouting from the boulevard.

Julia turned to see Lonny crouched over the median. Her eyes weren’t good, and she’d never been able to afford a decent pair of glasses, but she could see something green sprouting from the dirt just where Lonny was looking. In fact, the green seemed to be getting bigger, and there! – more was coming up all the time.

Ian poked his head out the window of the cab and visibly started, the hand holding the cell phone falling away from his ear. He said something softly enough that Julia couldn’t hear, but the look on his face was pretty clearly asking what the particular fuck was going on.

The plants nearest to Lonny were already as high as his knees. He was backing away, his hands held out in front of him to ward off whatever it was that was happening before his eyes, then he hopped up onto the truck’s rear bumper.

Julia turned her cart onto the grass and began making her way back to the impossible plants, first at a walk, and then at a jog, until she was standing at the road, just two lanes away, watching them grow ever higher. Even with all her years spent gardening on two different continents she didn’t recognize any of the plants growing there. Certainly none of them looked remotely like the carefully collected mix of perennial flowers she was sure she’d sown just a few minutes earlier. 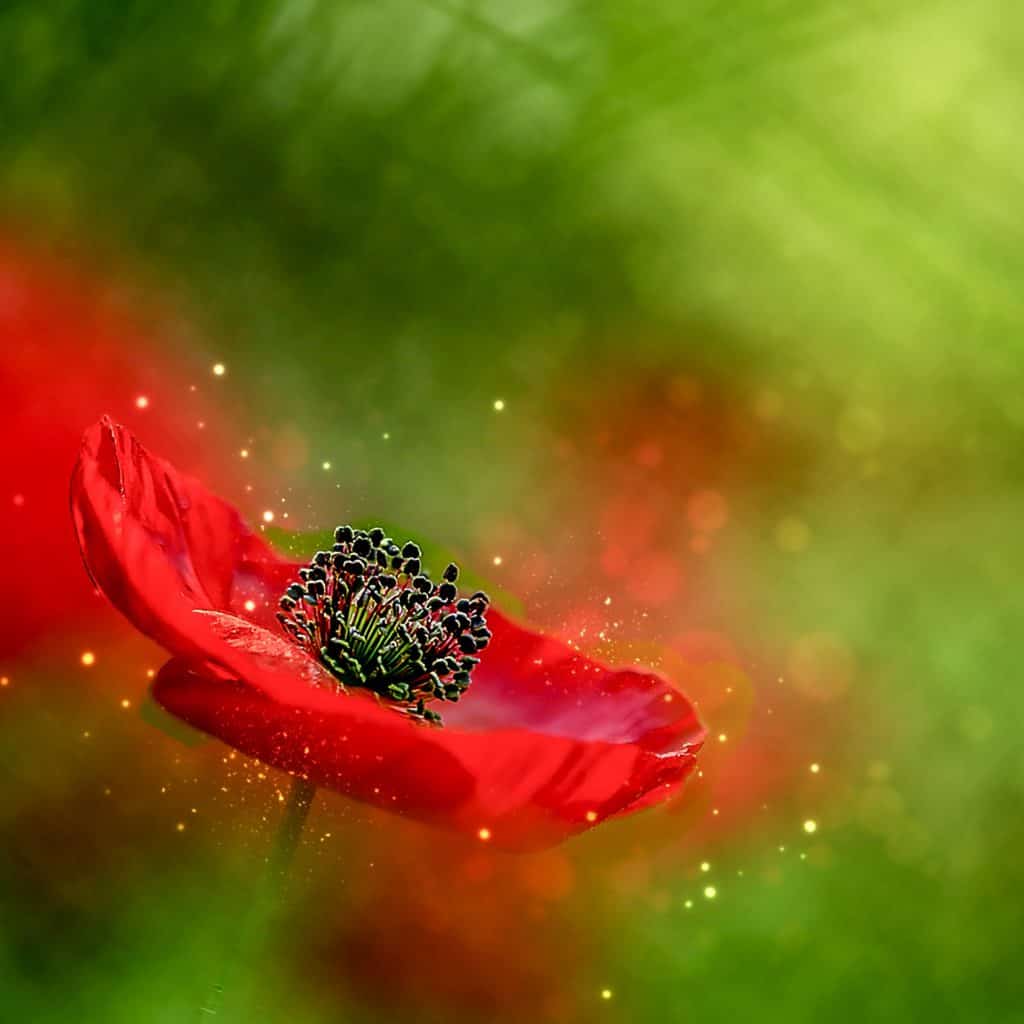 Some of the new plants were growing along the ground, pushing up short, dense stems with bright red flowers anywhere they could find space. A whole variety of taller flowers were now opening too – soft, smoke-like flowers in pale purple – wide, bright-orange flowers on slender, leafless stalks – fuzzy, white flowers that seemed to have no centres – and a half dozen more. Even as she watched, some of the plants thickened into shrubs, reaching up two and three feet high and still growing. Leaves unfurled like high-speed photography – small, white flowers exploding all at once into bloom – and then dark purple-red berries were weighing down every branch.

Ian had stopped half-way from the cab, his one foot dangling through the partially opened door. “Hey lady!” he yelled across the street, now full of cars stopping to watch the median erupt into life. “What the hell did you plant?”

Weaving her way through the motionless cars, Julia came up to where the tallest of the shrubs was now casting shade into the nearest lane. She let her fingers trail through the leaves. There was an audible sound of growing now that she was so close, a sound like crunching and rustling. She noticed that one of the plants had reached the height of a small tree, reaching ever higher, until it would soon tangle the overhead wires and obscure the traffic lights.

“Give me back my rake,” she said, stepping up among the plants, reaching out to feel the bark of the tree move as it grew. “And pay for my cans.”

There was a moment’s indecision on Ian’s face, and then acceptance. “Fine.” He dug out his wallet and pulled out two twenties, then added a third. “Lonny,” he called, “Throw down the rake.”

Lonny did as he was told, and the rake clattered against the curb. Julia picked it up and set it on her shoulder. She took the money that Ian was holding out to her like a bribe before pressing her way back across the median, through what was now dense underbrush.

She looked up to see that the tree’s highest branches brushed the power lines, but when she paused to listen, the sound of growing had stopped.

“Julia’s Garden” is one in a series of stories called Curious-City, in which socially or economically marginalized people encounter miracle-like phenomena beyond their control. The stories explore the very real difficulties, large and small, that marginalized people face, introducing inexplicable events as a way of conveying the sense of lost control that often accompanies their position within the social workings of the city. 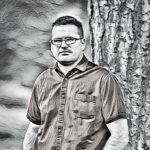 About the Author – Jeremy Luke Hill

Jeremy Luke Hill is the publisher at Vocamus Press, a micro-press that publishes the literary culture of Guelph, Ontario. He is also the Managing Director of Vocamus Writers Community, a non-profit community organization that supports book culture in Guelph. He has written a collection of poetry, short prose, and photography called Island Pieces; three chapbooks of poetry called CanCon, Trumped, and These My Streets; two poetry broadsides called Grounded and Indexical; and an ongoing series of poetry broadsheets called Conversations with Viral Media. His criticism and poetry have appeared in places like The Bull Calf, CV2, EVENT Magazine, Free Fall, The Goose, HA&L, paperplates, Queen Mob’s Tea House, The Rusty Toque, The Town Crier, and The Windsor Review.