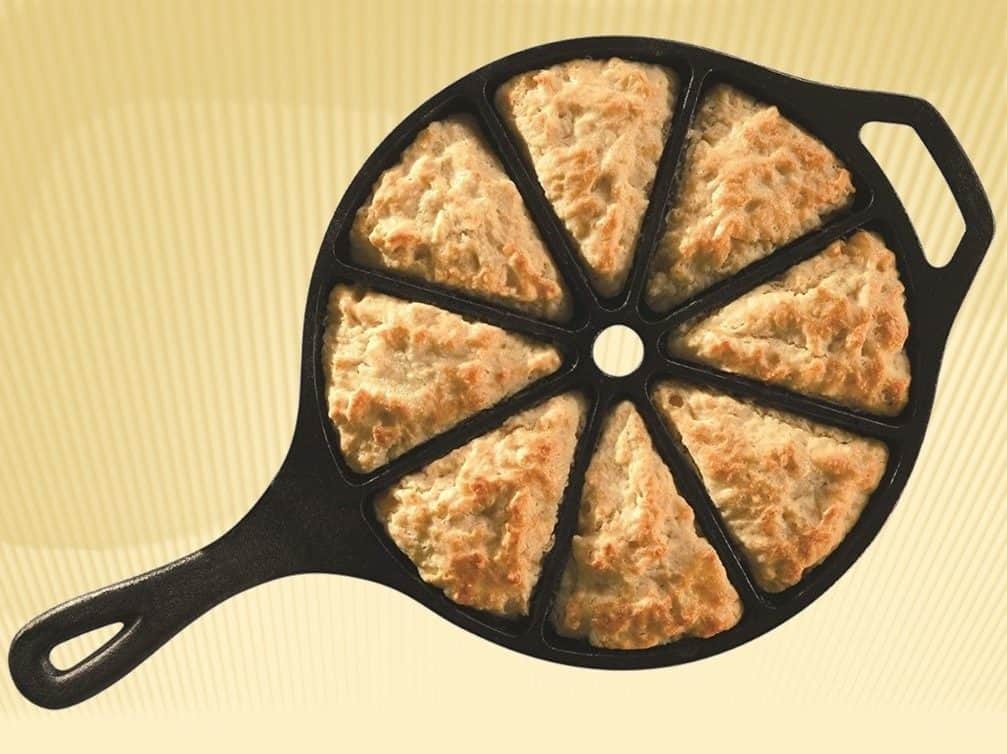 Well-seasoned cast iron pan (has to be the kind with pie-shaped divisions so that the bread gets crispy on ALL sides, otherwise childhood memories will not be captured)

One mother who is dying and one daughter who just learned that one of the reasons her mom was mentally ill is because she was raped at 5 years old by her twenty-three-year-old brother.

1. Prepare for cooking by crawling in bed with ill mother to hear the secrets of making her special cornbread. Talk about all the times you have shared her cornbread—usually crumbled in a glass of buttermilk and eaten with a spoon. (Talk about how your little brother always preferred it in “sweet” milk instead of buttermilk.)

2. Tell your mom you’re sorry that you didn’t understand why she was passive and different—that you didn’t know. Have her tell you that “it is okay.” Curl up next to one another.

3. Make her cornbread while she instructs you in the kitchen. Put cornmeal into the special earthenware bowl with red cherries on the side that your mother always used to mix cornbread batter. (She tells you NEVER to put it in the dishwasher or microwave, because it is old.

5. Add buttermilk slowly until it makes a thin batter that drips off a wooden spoon—the same wooden spoon that she used.

6. Meanwhile, pour oil generously into each pie-shaped section of the cast iron pan.

7. Heat the oil in the pan in the oven at 450 degrees until the oil is very hot (it must smoke—like the way you always felt when you got mad because you thought your mom was weak).

9. Immediately pour the batter back into the cast iron pan section by section (it will sizzle again).

10. Bake at 450 degrees for 20 minutes or until completely golden brown. (Depending on ovens, this may take longer.)

11. Upon removing pan from the oven, gently lift out sections and immediately slice and put a big pat of real butter (like the real love you finally feel for her) inside each slice.

12. Let it cool just a little before either eating with field peas and sliced garden-fresh tomatoes or by crumbling it into a glass of buttermilk and eating it with a spoon.

13. Continue to practice every day for a week before your mother goes to the hospital for the final time. Always make sure to let the oil get hot enough otherwise it sticks to the pan.

14. Endure several mistakes and your mother’s frustration until you finally get it right.

15. Bury your mother on a beautiful day in September when the skies are so blue that they hurt your eyes—worse because you’ve been crying.

16. Make perfect cornbread two days later and forever more. (Find an extra cast iron pan with pie-shaped sections among your mother’s things and gift it to your little brother. Teach him to make the cornbread, too.)

Note:  Share iphone photos of cornbread with your sibling each time you make the recipe.

My piece, “Recipe for Saying Goodbye,” will someday close my memoir about my mom’s schizophrenia and her being involuntarily committed to the hospital, when I was only 9 years old. She was institutionalized when the hospital was the most crowded ever with concentration camp-like surroundings and procedures. I, too, was later diagnosed at 34 as schizo-affective and the book will explore my own struggles with mental illness as an adult and after my mom’s early death. Ultimately, I want readers to know that today, a person with such a diagnosis can succeed and live a relatively “normal” life, and that previous treatments and stigma were inhumane.

This piece was written after my mom passed away from Ovarian Cancer after living with me in my home for her last year of life. It is written before my own psychotic break. It is about my learning a terrible family secret that had been kept from me. Right before my mother died, I made peace with her and showed her that I truly loved her, and for that I am sincerely grateful.

About the Author – Lisa Harris

Lisa Harris is a memoirist and a full-time nonprofit administrator.  She also enjoys painting abstract art in neutral palettes.  She lives with her husband and their cat, Maddie.