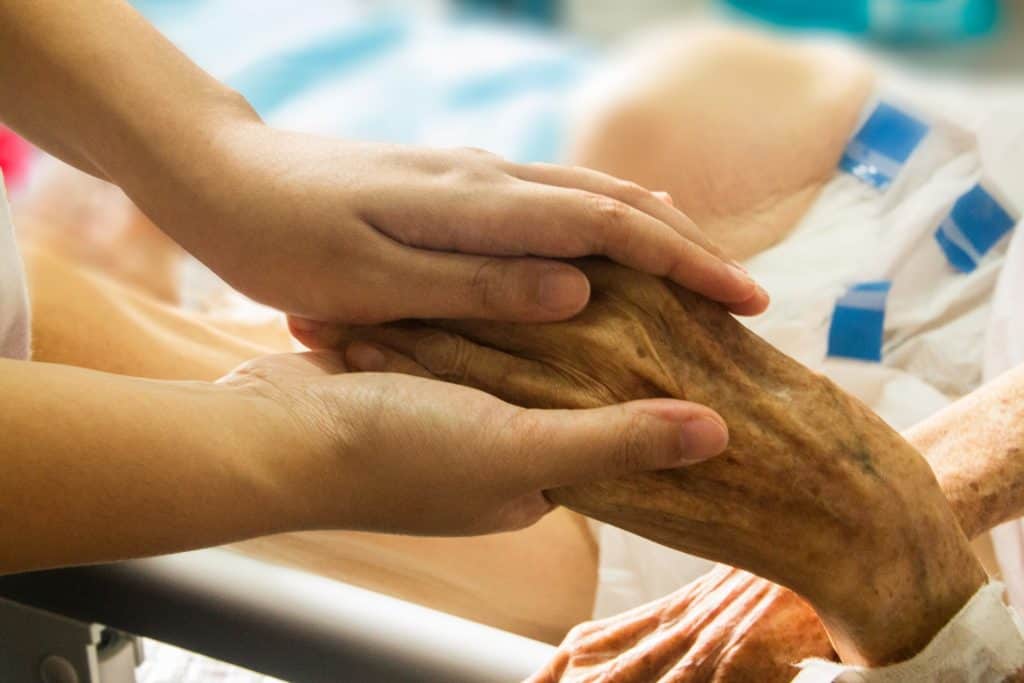 As I prepared my remarks for the memorial service of a long-time patient last month, I remembered, as I always do at such moments, the remarkable series of epiphanies I experienced on a Monday evening twenty-five years ago.

I was a thirty-something mother-wife-neurologist married to a neuro-oncologist (brain tumor specialist), with two children, ages five and two (Matt and Stephen).  My husband had been treating an older colleague, Dr. Carlson, for a glioblastoma (a severe tumor, usually fatal within one-two years).  He arranged an aggressive surgery and radiation treatments, which gave the doctor a healthy and meaningful remission.  He closed up his medical practice, visited the grandchildren, spent time at the cabin.  But the tumor eventually recurred, and after a round or two of experimental therapies, it became clear that the end was coming.  My husband arranged for hospice care, and took to stopping by Dr. Carlson’s house once or twice a week on his way home from work, which annoyed me a little, as it disrupted my tightly choreographed schedule of work, dinner, baths and winding-the-kids-down-for-bed. 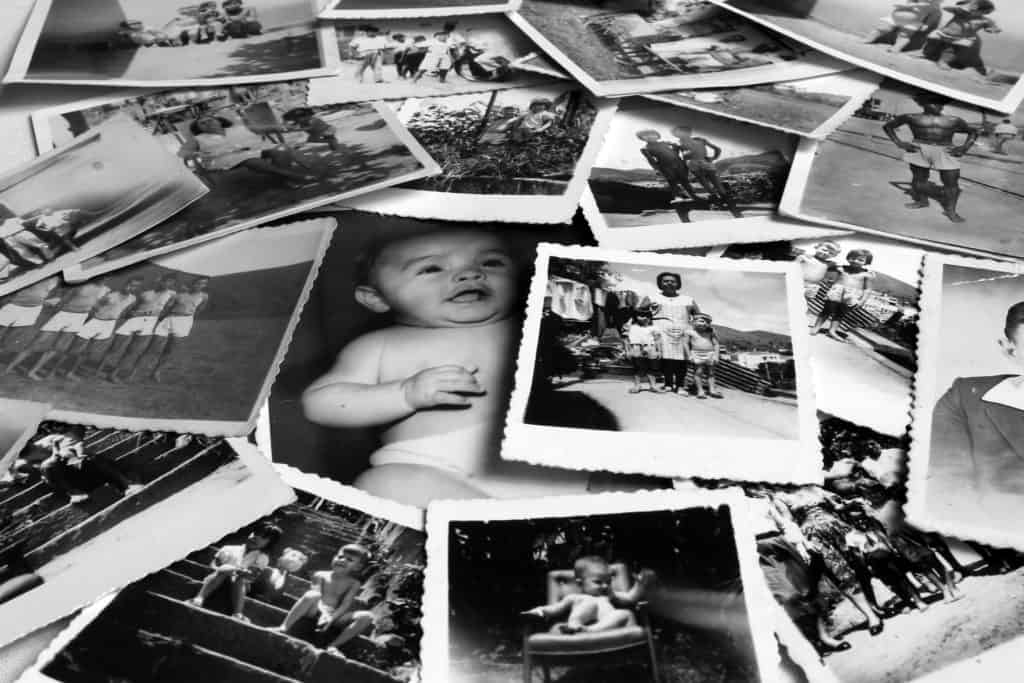 When Dr. Carlson died, my husband was away, unreachable, on a hunting trip, and I decided that I should attend the visitation on his behalf.  Boys in little-boy dress-up shirts and bowties, off we went.  “Do we know these people?”  Stephen asked.  “Will Dr. Carlson be there?” Matt wondered.  We arrived at the crowded funeral home, and stood in line, Stephen riding on my arm, Matt holding my hand, to give our condolences to Mrs. Carlson.  Scattered around the room were bulletin boards and tables filled with photos and memorabilia: “Dr. Carlson at Work”; “At the Cabin”; “Family and Friends”.  Eyes glazed over, I was rehearsing what to say to Mrs. Carlson, when Matt suddenly exclaimed, “Mommy, Mommy, look, there’s Daddy!”

“No, honey, Daddy’s off in Canada somewhere.”

“No, Mommy, look!” And he pointed to the bulletin board, “Family and Friends”.

Smack in the middle of the bulletin board was a picture of my husband.

Ka-boom.  A lightning bolt struck. In an instant, I understood what it meant to be a doctor, to give advice, hope, treatment, solace, empathy, and stability, and how much that means to patients and their families.

“Martha, Dr. T’s wife!  And this must be Stephen, and Matt!  I’ve heard all about you!  My children are here, too, only they are all grown up!”  And she reached out to embrace me.

At that moment, a wormhole opened, connecting two embracing 20th century women to millennia of other women-whose-men-are-away: widows who have outlived their husbands, mothers whose sons are at war, single mothers, wives-whose-husbands-come-home-late-from-work.  In that instant, I knew what it meant to be a doctor’s wife.  This was not the first time her husband had been missing from an important event, nor the last time that mine would be.  She had forgiven her husband those absences, as I would learn to forgive mine his.

We chatted a brief while as women do, but soon the line pressed us ahead.  As I drove home, replaying our conversation, I realized what Mrs. Carlson had not said, and with that realization came my third epiphany.  She was unaware, and therefore made no comment, that I had just had cancer surgery myself a couple weeks earlier, and was at that moment as confused and frightened as they must have been when my husband had diagnosed Dr. Carlson’s brain tumor.

The doctor-patient relationship is bilateral, but not symmetrical.  We intrude (and are sometimes invited) into our patient’s lives, learning about their eating and drinking habits, relationships, work, sexual proclivities, and hobbies.  In return, we may provide some information about ourselves, a hint about a hobby or a photograph of a spouse or child in the office.  But where I was asked to share the bedside of a dying patient by his wife last week, our patients did not join us as my husband and I watched his mother die a few years ago.  It is a delicate and intimate trust that our patients give us, which we doctors must treasure.

A fourth epiphany occurred much later, when it dawned on me why I had experienced three intense, life-changing insights within ten minutes, and none over the succeeding twenty years.  I realized that people with a significant illness are in a state of heightened emotional and spiritual intensity—they seek not only a medication to fix their sickness, but equally a connection, an answer: why did this happen to me, is there any hope to be had? If doctors give them a pill or a procedure, they will take it gladly, and maybe they will get better.  But doctors can should do more.

If we give patients explanations that they can understand, a specific reason to exercise or change what they eat, a frank discussion about the future, the certainty that we will be there for them, a safe person to cry in front of, unshaven and in pajamas, a sturdy piece of ground to stand on during their crisis, our patients will move forward, make connections, experience epiphanies: they will climb mountains, write books, save a child’s life, organize fundraising fun-runs and galas, participate in research trials, find their faith, make peace with their estranged spouse or child. 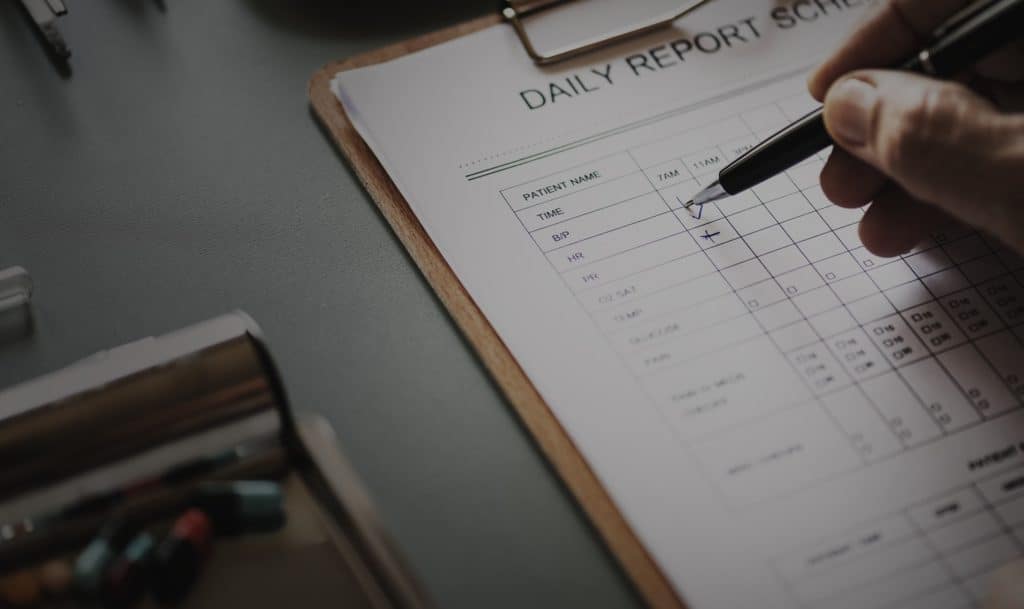 I was fortunate to have met Mrs. Carlson on a Monday evening of my professional life, to have it revealed simultaneously and instantaneously what it means to be a doctor and a doctor’s spouse.  Or perhaps I should say, what it once meant to be a doctor.

I have a very difficult time aligning my husband’s relationship with the Carlsons, or the ones I try to form with my patients, with 21st century medical care directives.  I now type my own clinic notes, and fill out eight-page forms justifying a patient’s application for handicapped van service.  To demonstrate that we are not defrauding Medicare, I sign five different forms documenting a patient’s need for a certain type of wheelchair. I hand-write the actual order, and not only do I cosign the occupational therapist’s six-page description of the patient’s history, exam, and equipment needs, but apparently, I am now also required to hand-write: “I agree with the therapist’s findings” above my signature.

I specialize in movement disorders such as Parkinson’s disease and Huntington’s disease.  All of my patients have a serious illness; they feel bewildered and frightened, and they will all gradually die of their disease.  They hear of the bad things: Robin Williams committed suicide; Linda Ronstadt says it is impossible to sing if you have Parkinson’s disease.  Patients need something more than pills.  They need stability, encouragement, knowledge, community.  I can could, and want to, provide this support. However, the increasing data collection and documentation duties of 21st century medicine, along with the genericizing of our work spaces, overtly interfere with our ability to connect in a human way with our patients.

A colleague of mine, when asked what he does for living, no longer proudly states, “I am a doctor”, but instead, mumbles, “I am in data collection and customer service”.  We are forbidden, in the new clinic building, from putting anything personal, or even department-specific, on the walls.  The patient enters the exam room through one door, and the doctor through another.  We have work-stations, not offices.  Patients get no glimpse of my humanity, nor I theirs.  Nothing to indicate that mine is a Center of Excellence designated by the national patient support organization.  I: robot.  Patient: Thing 1, followed by Thing 2 in the next room.

Does anyone else—patient or physician—want to swing the pendulum back, even slightly, towards the time, only twenty-five years ago, when a little boy could admire his physician-father’s picture on the bulletin board of a patient’s most cherished friends? 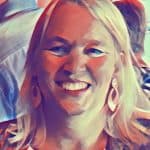 About the Author – Martha Nance

Dr. Martha Nance is a neurologist in Minnesota who specializes in treating people with neurodegenerative diseases such as Parkinson’s disease and Huntington’s disease. She is also a Clinical Professor of Neurology at the University of Minnesota. Martha Nance has written two books published by the Huntington Disease Society of America and has had several articles and book chapters published.

You can learn more about Martha Nance in this case study produced by the Phillip’s Exeter Academy.

Did you like “What it Mean(s)(t) to Be a Doctor” by Martha Nance? Read more nonfiction, like:

Vacuum Extraction: A Miscarriage Story
No Pain, No Gain: Chronic Illness is a Puzzle, a Riddle, a Battle
Reconstructed Life: Life after Breast Cancer
For David: Remembering the Victims of AIDS