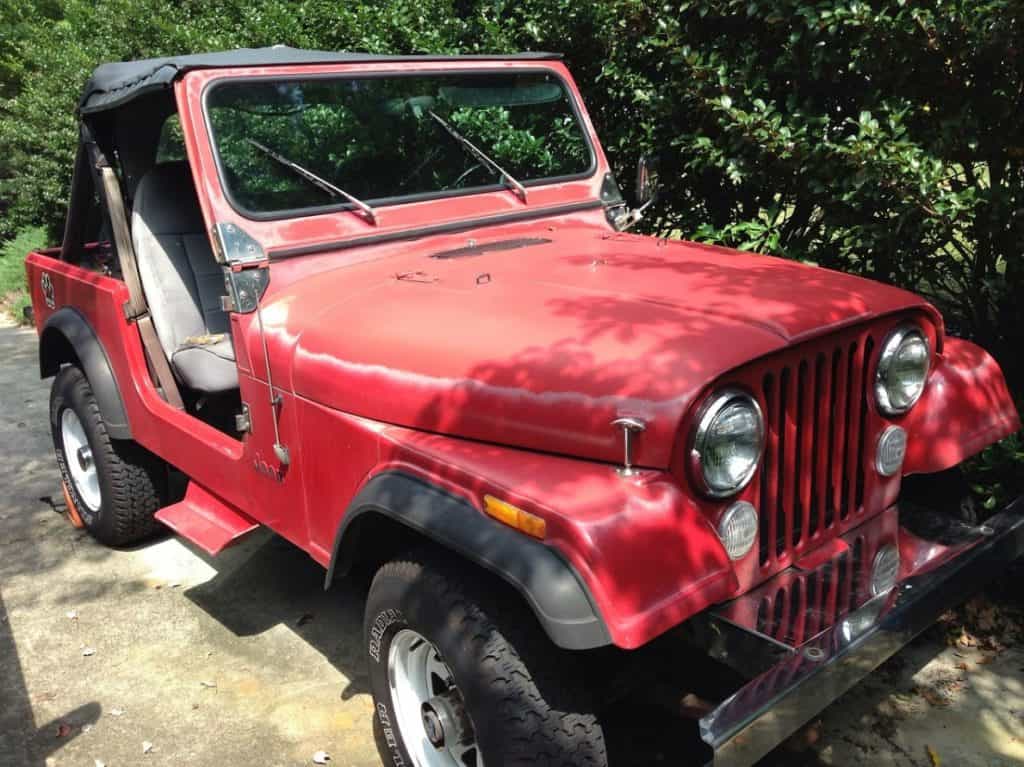 A Jeep has sat in front of our house for a month, its red boxy body catching my eye every time I walk outside.  Whoever left it, placed it equal distance between the neighbors’ houses, and just at the right point on the hill so I can see if cars are coming before I back into the street. Still, it’s unusual to abandon a car for weeks in front of a stranger’s house.

My parents died a month apart when I was in my early twenties. Through hard working, their estate consisted of a small ranch house, its furnishings, and a car, a late model Oldsmobile. At the time, the Oldsmobile was an aspirational vehicle, more luxurious than Fords or Chevrolets, yet nowhere near the prohibitive cost of a Cadillac. The Olds was a solid step up from the Plymouths my dad used to buy at police auctions.

My father died at the end of April, his body worn from years of kidney dialysis and a cluster of other ailments. Weird as it was, his death came as a blessing, releasing him from the hospital room that had become home. A month later my mother died on the operating table during a relatively minor surgery. The surgeon said her artery shredded as he tried to remove the tumor from her liver. While he described the surgery, I felt as though I was shrieking though my uncles didn’t seem to hear me. In an uncharacteristic move, I demanded to see my mother. I had to. The hospital complied, and a woman led me to the basement where my mother rested on a gurney in an empty, cold room. A white sheet was pulled over her chest though I doubt it kept her warm.

My mother was a screamer, complicated and impulsive. Once, as our family left the movie theater, a city bus pulled up to its stop. Without warning, she grabbed my little hand and pulled me onto the bus with her. She must have felt confident that my dad would follow in the car and pick us up when she chose to get off. And, he did. She was a beauty who wore her hair short as a man’s with an irresistible smile tempered by deep-set brown eyes. Oddly, she looked her prettiest when she was the saddest. My mother was my north, my mooring, and her cast-off body lay in the basement room, but she was gone.

My parents’ identical spare funerals were held a month apart. After my father’s death, I returned to work, wounded yet functioning. After my mother’s death, I felt like a burn patient whose fried, cracked skin oozed yellow liquid. My friends, also in their twenties, avoided me as though I were tainted. I didn’t blame them; I could hardly form a sentence. Often I’d reach for the phone to tell my parents something, having forgotten they were dead and then be thrust back to the rawest days of mourning. Just one death takes years to assimilate, but the two combined created a vast, psychic chasm that took me a decade to recover from. 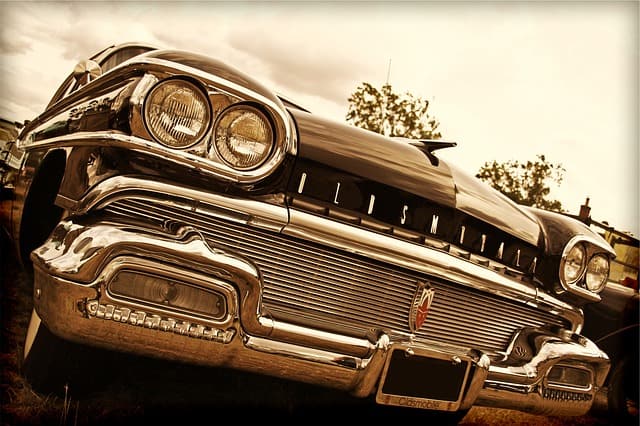 My mother adored that Oldsmobile, a heavy car with a plush, cozy interior and an exterior that shone like a golden chariot. Detroit is a sprawl of a city. Going anywhere takes at least twenty minutes, so she often used the car as a dressing room. She’d get in half-dressed, and at stop lights, zip her skirt, button her blouse, apply lipstick or brush her hair. Conversely, on the way home the red lights gave her time to undo, unhook, and kick off her heels. My mother had worked many jobs over the years. Her final one was as a jewellery rep and she loved it. Together with another woman they drove to jewellery stores all across Michigan and Ohio, the car’s trunk packed with thousands of dollars of fine gold jewellery. At each shop they’d unload the black cases, and trip inside in their high heels, a smiling pair of well-dressed ladies.

Her work seemed larkish to me though it must have paid well since she bought the Olds. The car itself acted as a kind of passport, chauffeuring her to the affluent suburbs that ringed the city while obscuring her real economic status. My dad worked for the city of Detroit as a mechanical engineer. He ran two city buildings. His work, low paying as it was, was steady which was important to someone who’d grown up in the Great Depression. It also demanded that he, along with every other city worker, live in Detroit. The rule hardly stifled white flight, but it did create a pool of residents, like us, bobbing along the city’s edge just south of Eight Mile Road.

Seven months after my parents’ deaths, I packed the Olds and drove it to New York where I left it at my aunt’s house in the Whitestone area of Queens. I had to, it was way too big to drive around Manhattan, or park safely on the Lower East Side. The following year my aunt announced she’d sold her house and was moving to Florida and I had to move the car. She offered to buy it, but I couldn’t let it go. I’d lost everything: my father, my mother, my home, my place in the world, I couldn’t lose their car as well and refused her offer.

Her son, not much older than me, suggested I park the car on a street in another Queens’ neighborhood. Like an idiot I agreed, and left my parent’s late model Oldsmobile in front of a stranger’s house without even thinking to knock on the door and ask their permission, or alert them to its presence. My cousin assured me he’d check on the car weekly and that sounded good to me.

Eventually, the police contacted me. The car had been vandalized, its tires stolen, engine parts stripped, and the side view mirrors ripped off leaving but a skeleton of the once luxurious vehicle.

When I think of it now, it makes no sense. How could I have left a valuable car on an unknown street in a neighborhood I couldn’t find? It was like I threw the car away. It wasn’t like, I did throw it away. If I’d sold it to my aunt, at least she’d have used it. Instead, a man with a tow truck gave me three hundred dollars for the body, hooked the car up, and hauled it away. The afternoon sun reflected off its golden roof until the truck turned the corner, leaving only an oily iridescent puddle at my feet to mark its existence.

Like me, the Jeep owner didn’t ring the bell to ask if I’d mind if their car sat in front of my house; most likely they didn’t think of it. And I doubt I’ll know who left it or why. Yet while it sits here, eerily reminiscent of my parents’ car and its fate, I’m going to watch over it and make sure it stays safe. 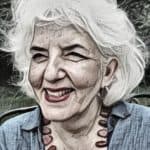 About the Author – Roberta Faith Levine

Roberta Faith Levine’s work has appeared in Just Be Parenting, Numero Cinq, 2 Elizabeths and other publications. Her essay “Devising Theater” was included in the 2018 publication The Role of the Arts in Learning.  She is a two time Roothbert Fund recipient, a 2017 Vermont Studio fellow, and lives in northwestern Pennsylvania with her family.

No Pain, No Gain
Gelato and Frost
Recipe for Saying Goodbye