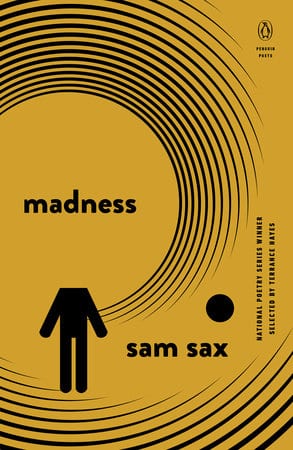 Madness by sam sax (whose name is stylized lowercase) is perhaps put best in sax’s own words— the book is a “vast pastoral of… illness” (Hematology, 28). The book deals with hard subjects—namely and unapologetically, disorders of the mind and body, the dead and dying. Yet sam sax writes with the vibrancy of the very, if hauntingly, alive: “of course i know / i’m going to die, until then i’m attempting / only to stave off the flies. i’m trading / what’s left of my youth for a glass tube / to cast a quiet spell inside” (#Hypochondria, 8). In this landscape, bizarre images and bold formatting reign chief physicians; the language rich and dark as blood and the poem’s arrangements occasionally disassociating. sax uses these tools to render the horrifying concisely and consistently with a seeming effortlessness.

96 pages long, Madness is divided into four sections, each of roughly equal length. Each begins with a variation of “Nomenclature: Appendix C of the DSM-I” (Diagnostic and Statistical Manual of Mental Disorders) from 1952. Being over a half-century old, Appendix C treats the reader to a potpourri of disorders—some, like “Mania” and “Claustrophobia” have significant staying power, placed right alongside the dated, problematic and downright strange, like “Masturbation,” “Homosexuality” and “Urge to Say Words.” sax uses Appendix C as something of a reprise, tweaking the formatting slightly each time so that each introduction page is itself lyrical. The first of these is left entirely unabridged, called simply, “NOMENCLATURE.” Bit by bit throughout the work, however, sax pares the word down until we’re left with different iterations—the second section is entitled “MEN,” the third “AT E,” the final “N ATURE” (hereafter referred to without the spacing for convenience).

“Men ate nature”—it’s a phrase that stays with you. It’s also one of the pervasive ideas throughout Madness, encapsulating the motif and tone for which sam sax strives—namely, the very clinical as the very brutal. Western medicine has indeed, in a sense, eaten nature, turned it on its head, digested and incorporated it as fuel, but also manipulated it to the whim of men. sax’s world is one replete with “chemicals your brain’s been aching for since learning their existence,” and make no mistake, it’s men, not nature, in the chemist’s coats (#Melancholia, 74).

“MEN” is nearly identical to “NOMENCLATURE”—the lettering somewhat faded, the punctuation maintaining its boldness. In “ATE” the words pale further, and in “NATURE,” fittingly, all words are whited out, leaving us with nothing but the punctuation, bold as ever. In different variations on the same theme, sax shows us in glaring clarity what we normally omit or gloss over. There’s something to be said here about the visibility of more contemporary forms of madness, the kind 1952’s “Appendix C” was only beginning to guess at. Mental illness comes to mind, and not only because it is what plagues these poems’ speakers. What informs these titles, and thus our understanding of each section, is the absence of things. Teasingly, we’re only shown the parts of a whole—but “stare at any serum long enough,” sam sax muses in “On Syphilis,” and “it unbraids” (39).

Absence and presence, word and punctuation. From the outset, sax plays with such dichotomy. Before the madness really sets in, we’re treated to a dual epigraph: the first a quote by Foucault, immediately countered by one warning the “crazy” away from reading Foucalt. It’s precisely this kind of interplay that we see time and again throughout Madness—the repetition, the juxtaposition between things, the clash and the conflict.

In addition to his play with “Appendix C,” sax rejects convention: no less than four of his poems, for example, are entitled “Psychotherapy;” three “On Prep or on Prayer.” Unlike the omission game of “NOMENCLATURE,” each of these are wholly different in content, all with identical titles. We leaf back and forth to the table of contents, checking our math: didn’t we read “On Prep” already? Are all these titles really the same? Yeah? Why?! It’s partially crazy-making and, of course, that’s partially the point—we’re left feeling like a patient in the grips of anxiety or dementia, searching desperately for the glasses that are perched, all the while, atop our head.

sax employs some more conventional formatting choices to similar effect. There are several dual-column poems, which operate as choose-your-own-adventures: they can be read linearly, straight down, or you can jump left and right across the page. Depending on how you slice it, you get two entirely different works. “Postdiagnosis” is the strongest cornerstone of these, subtitled “Reason / Unreason.” The “reason” half of the poem, if read as such, is orderly and condescending— “don’t worry / your pretty head,” it taunts. The “unreason,” on the other hand, is unabridged fever— “the drowning dogs / painted for the gods… knives do what some / cannot” (68). When read together, you get—you guessed it—madness.

The book grows more orderly as it ages, as though we are slowly (if begrudgingly) succumbing to cure. With the exception of “Psychotherapy” (third iteration), every poem in “ATE” uses dingbats, edging us closer to clinical order. In “NATURE,” we tilt toward prose. And yet we have the dumbfounding repetition of poem titles, the near avant-garde title pages. We are taking our medicine diligently, but feel all the madder for it, begging a now common question of modern doctoring—what if the cure is the illness? By the autumn pages of “Madness,” we are left feeling a bit like the speaker in “Klonopin,” channeling William Carlos Williams: “this is just to say, I have eaten / all the pills I’ve been prescribed & am nothing / now. forgive me.” (22). 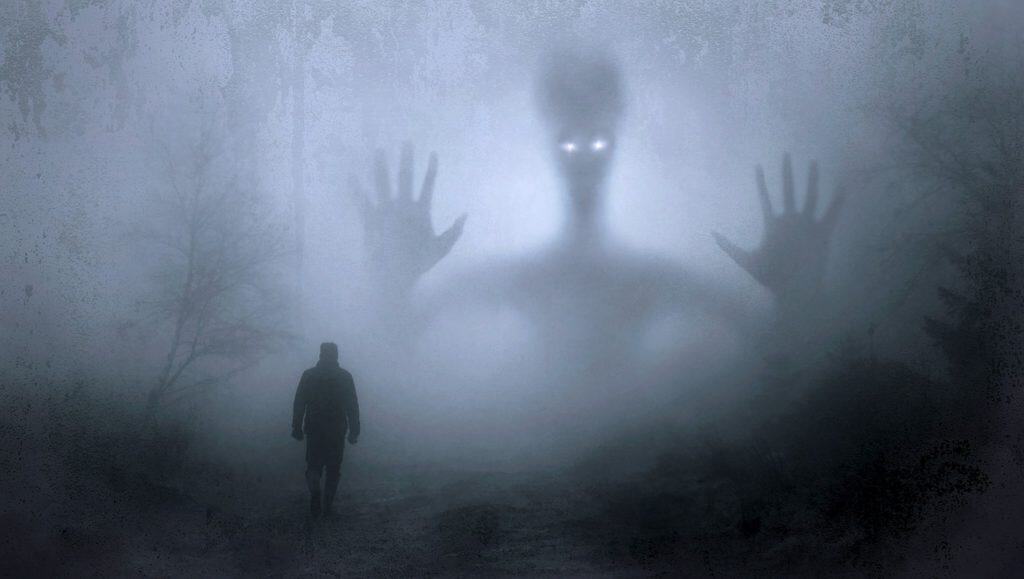 At the risk of pigeonholing sam sax as a bleak-if-beautiful, Cormac McCarthyian pessimist, a number of his lines are very funny (laughter is medicine, after all). The above Williams allusion is one of these, and sax pits the canonical against the very contemporary; several of his titles employ hashtags: “#Mania,” “#Hypochondria,” “#Melancholia.” sax also throws in the occasional cavalier internet lingo. In “On Hysteria,” “hippocrates was a mthfkr” (44). “Theia Mania,” opens: “plato said some shit / & here we are” (78). sax also isn’t above laughing at himself, the patient, confessing in ‘Psychotherapy’: ‘i invent three nightmares for my therapist to discover (4).

Without question, however, sax’s main fix, the stuff of his IV bag, is the dark and the terrifying. This is perhaps best exemplified in “Willowbrook,” where sax writes like a fever himself; he haunts and cooks the language to nightmarish temperature: “there was one man in the corner / who pulled at his nose until his face elongated / into a plague doctor’s bird mask.” Even the occasional near-hallucinatory non-sequitur is thrown in to boot: “even robert kennedy called the place a pit of snakes before someone shot him in the head” (12).

Is it a risk to dwell so consistently on the frightening? Absolutely, but just ask sam sax himself, and he’ll tell you that “fear is a superior cancer to cancer” (Psychotherapy, 65). Fear is potent stuff, driving us along, while nomenclature, the ilk of the DSM, gives it teeth and arms. These primal fears, dormant and ready to spring on any of us, are oftentimes unleashed at our sickest and most vulnerable. They are then embodied, born and named by modernity: “thank you / science,” the speaker quips in “#Hypochondria,” “for teaching me what to fear most” (8).

Madness, no doubt, but method in it. 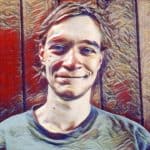 Will Bahr is a senior at Warren Wilson College in the Swannanoa Valley of North Carolina. Unless something goes terribly awry, or he discovers that hand-crafting ottomans is more his speed, he’ll graduate with a BA in Creative Writing in Spring 2019. He’s honored to write for Dreamers, which provided him his first paid publication and writing gig as Book Review Editor .