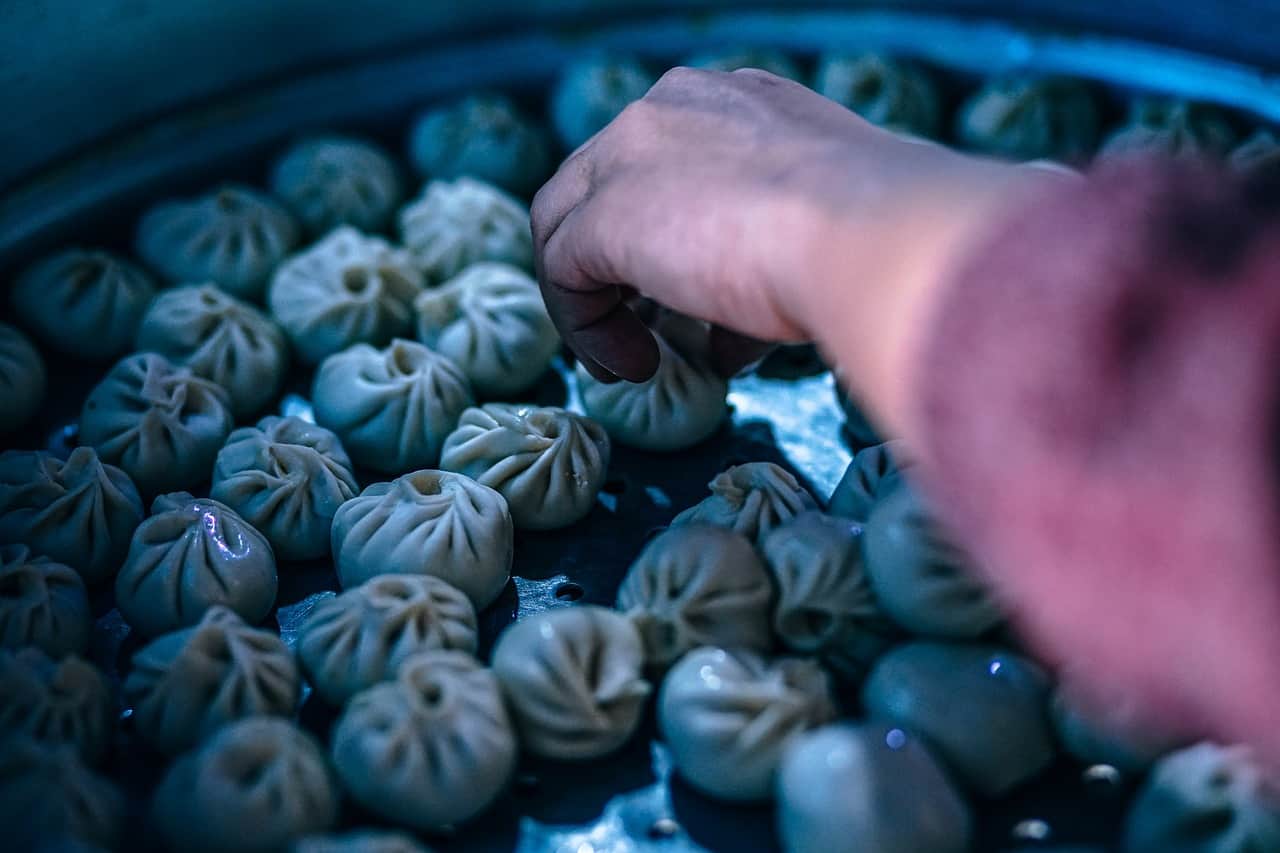 I sat alone at the Shanghai Dumpling King on 34th Avenue in the same seat she always sat in.  I came on a Thursday afternoon the way she always did after her book club meetings.  I ordered Shanghai dumplings to commemorate her passing.

She used to like to order dumplings from Mr. Tsu in Mandarin, a language she acquired when she lived in Shanghai’s Hongkew Ghetto during the war. Mr. Tsu thought of her as his special customer, an exotic Chinese Jew, and he would always place extra bowls of dumplings at her table.

That afternoon the restaurant was quiet. There were no clanging steel pots or sizzling pans of noodles on the burners. The fog outside the front door was as thick as the bowl of soup placed before me on the yellow Formica table.

I took my time eating.  Mr. Tsu looked like he was asleep at the register. I took out a newspaper from my satchel just as a customer opened the front door. Mr. Tsu woke with a start at the loud clamour of bells announcing his arrival.

He was about thirty and handsome, in a well tailored suit and blue silk tie. He looked to be of mixed race, Chinese and American. His dark almond eyes were in stark contrast to his light brown hair. I blushed when he looked over and caught me staring.

The table I sat at, Esther’s table, was the large community table in the front by the window with a lazy Susan at its center. Esther liked this table because it allowed her to sit with total strangers and tell stories about life in Shanghai. By the end of every meal she made each stranger a private guest at her own special dinner party.

The man sat down opposite me at the community table, took off his jacket and smiled.

I looked down, feeling shy and awkward at the circumstance of us being the only two people at the community table.  I could feel Esther’s presence in the chair next to mine. 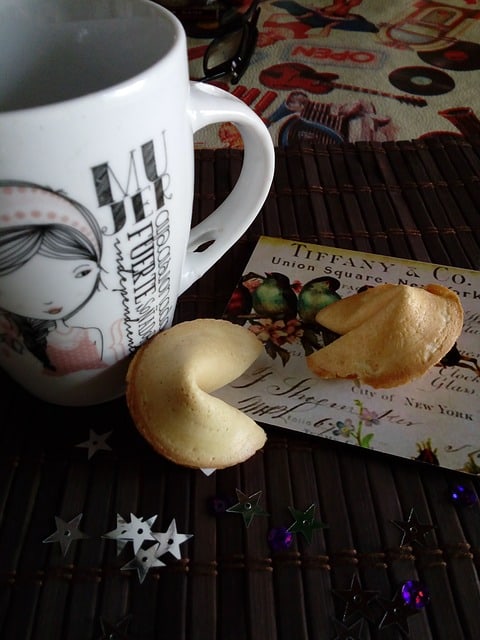 “Do you know what they say?” He had a glimmer in his eyes and seemed genuinely of a mind to flirt.  “They say that when you come to the Shanghai Dumpling King, the fortune you receive in your cookie at the end of the meal will come true.”

“Really” I smiled.  “And do they say that your fortune you receive will always come true? Every single time?”

He picked up the plastic coated menu covered with the invisible fingerprints of thousands of previous diners, glanced at it quickly and then tossed it down onto the seat next to him. He ordered traditional steamed dumplings and a pot of dragon pearl jasmine tea. He asked Mr. Tsu for an extra cup and poured some of the floral scented tea for me to taste.

“Well, I actually come here for other reasons, not just the fortunes. I like to talk to the old timers who eat here. Over the past two years I’ve interviewed twenty-five people who once lived in Shanghai.  I’m writing a book called “Immigrant Lives at the Dumpling King.” I teach sociology at U.C. Berkeley.”

“Then you must have known my great aunt Esther?  She often came here to eat. She spoke Mandarin and lived in Hongkew. Did you ever interview her?”

“I knew her. Esther Levin. That’s why I’m here. Today is Thursday.  I’m here to remember her. This is the day she would always come. I was so sad to read the obituary in the Chronicle.”

When he looked at me I didn’t know whether to laugh or cry. I looked down at the yellow table to avoid his intense almond eyes.

“We were friends,” he continued. She told me about a niece named Sara.”

“That’s me! I’m Sara!”  He smiled and put his hand out to shake mine and formally introduce himself.

Mr. Tsu brought the check, which we paid. The meal ended too quickly. I looked at his eyes and saw specks of brown and yellow like stones from the Yangtze River. I saw a river flowing in the far off country of China, and the same river winding its way through all of Eastern Europe.  I opened a fortune cookie left on a red lacquered tray. It read “An unusual surprise awaits you.”  He opened his cookie and read his fortune out loud. “Take advantage of all new opportunities.” We thought how nice it might be to have some hot spiced rum at the bar down the street. I got up, gathered my coat and satchel, opened the front door with its clanging bells and steamy windows, and walked out with him into the foggy twilight.

About the Author – Susan M. Breall 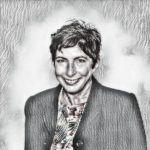 Susan M. Breall has published short stories in TheWriteLaunch.com, JewishFiction.com, and FeedMeFiction.com. She was a finalist in the 2017 Retreat West Short Story Competition. Her short story, “The Martha Rhymes,” will be published in the anthology Impermanent Facts, coming out in September 2018. Her story, “The Dominion of Light,”  will be published in Paragaon Press’ Martian Chronicle later this year. By day Susan M. Breall presides over a courtroom handling abused, abandoned and neglected children. By night she writes short stories. She is a member of the faculty for Book Passage’s Mystery Writer Conference.