Honorable Mention in the 2020 Dreamers Stories of Migration, Sense of Place and Home Contest

If you have the option not to think about or even consider history, whether you learned it right or not, or whether it even deserves consideration, that’s how you know you’re on board the ship that serves hors d’oeuvres and fluffs your pillows, while others are out at sea, swimming or drowning, or clinging to little inflatable rafts that they have to take turns keeping inflated, people short of breath, who’ve never even heard the words hors d’oeuvres  or fluff.

Tommy Orang, There There

Mid-way through a week of walking the vales and fells of the Lakes
My new friend Judy asks:
What do your parents do? I imagine you are the child of academics

I say no, my parents didn’t even go to university

But now, I see, that’s not quite right

My dad, he went to the University of Geopolitics
In a place where he no longer can step onto his land
Land that provided sustenance to his family
And to the sharecroppers who tilled the soil
The land where, it is said, the desert now blooms

My dad, with the history of the Middle East in his head
Taught kids from the Bekaa Valley to Konitra
Before he brought his elephantine memory
To the University of Iron Ore Mining in Quebec
Where he ground rocks and filled his mind
With the history of the old world
Which is called the new world
Because sometimes memories are short, and selective
Not my father’s though; history is embedded in his heart

My mum, before her post-secondary education
She walked to school alone
Past the copper roof of the Supreme Court
And a gothic revivalist’s imaginings on Parliament Hill
When she arrived, she was called black Syrian
By those good Canadians
Those Barbaras and Brians in her class
Because they believed they, not her, inherited the right to the highest grades

My mum, though, she never let up
Even if it meant that her next stop
Was the University of the Public Library
She read Dickens and Tolstoy and Dostoevsky
Laughed at Punch and Judy
Went off-campus, to Buenos Aires and Mexico City and Rio di Janeiro
Taught herself Spanish
And in due course built her own tidy little empire

Me? I never let up either
At the school (which saved us from the thugs who roamed our suburban neighbourhood, a place they say makes middle class dreams real)
Where we wore tunics and sang from the Common Praise
To the university where we wore gowns and drank sherry in the porter’s lounge
I earned degrees
Tickets out of my parents’ history
And they got me into the halls of where I thought I wanted to go

But there is a difference between fitting in and belonging
I thought with the right paper, I could manage the first
And maybe I could have
But I never felt the second
Those tickets, they can’t deconstruct me
And they couldn’t keep me there

My husband, fifth generation Irish-Canadian
That’s solid. Untouchable, I thought
I wanted some of that
But I learn life isn’t that simple
For anyone, even if you owned a mill
And have a road named after you
Even if you know how to sail small boats in churning water and current

Anyway, I can’t borrow someone else’s history
To improve mine
A person needs to find her own way

Even so, maternal instinct tells me
To direct my kids to the top deck
To feast on hors d’oeuvres

But I know they’ve already dined on za’atar and labneh,
And on tales of dislocation and loss
They are dinghy sailors
With spray in their faces, leaning out over the water,
They’ve steered boats that hum and surf the waves,
And learned rescue maneuvers

They are amalgams of all that has come before them,
And the present, and that which lies ahead

And when my second son
Says Mum, I dream of hockey and of Ivy
I say son, go for your dreams
Go where the rest of us have not ventured
And when the puck dream falls hard
And heartache follows as it can
Even in those hallowed halls
And my warrior boy decides that instead of face-off wins
He will shoot for GPA wins, and for more Ivy
I say son, pursue your dreams
And take your place in the world

And when my daughter
Says Mum, I want to go to uni in a kingdom
A place of sylvan hills and emerald highlands
Of castles and colonization
Of Balfour, who changed our lives – or maybe made our lives
(And a kingdom that I love, despite all this)
I say go, go to that kingdom
And go to where the pale sand meets the North Sea
Let the frigid water massage your feet there
And face the waves
Open your heart to the rising eastern sun
And take your place in the world

About the Author – Soraya Farha

Soraya Farha is a lawyer and writer based in Toronto, Canada. She has practiced law, and worked as an adjudicator in the administrative justice sector, for more than twenty years. Soraya’s fiction has appeared in The Ekphrastic Review.  Her current writing project is a memoir, on sisterhood, loss and discovery. A recent empty nester with two sons and a daughter in university, Soraya enjoys walking the city’s ravines with Ziggy, the family pooch, and taking photos along the way.

We grew up on fear and became heroes
Mud Season, Graceless & Violet Abandon
The damsel in distress was not for me
In the Blink of an Eye, Risk Taking, Afterfall
The Worst Drunk Poem I’ve Ever Written

Or, consider the following:

**This poem by Soraya Farha received an honorable mention in the 2020 Stories of Migration, Sense of Place & Home Contest.

To check out all the poetry available on Dreamers, like these poems by Soraya Farha, visit our poetry section. 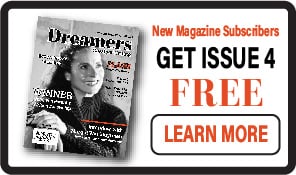 Subscribe to the Dreamers Magazine and get Issue 4 FREEOMG, Yes!