Here is a writing prompt about how writing is a form of listening.  It’s from the Narrative Possibilities class taught by Dr. Reinekke Lengelle at Athabasca University. This prompt is based on the concepts in the book, The Muses Among Us, by Kim Stafford. 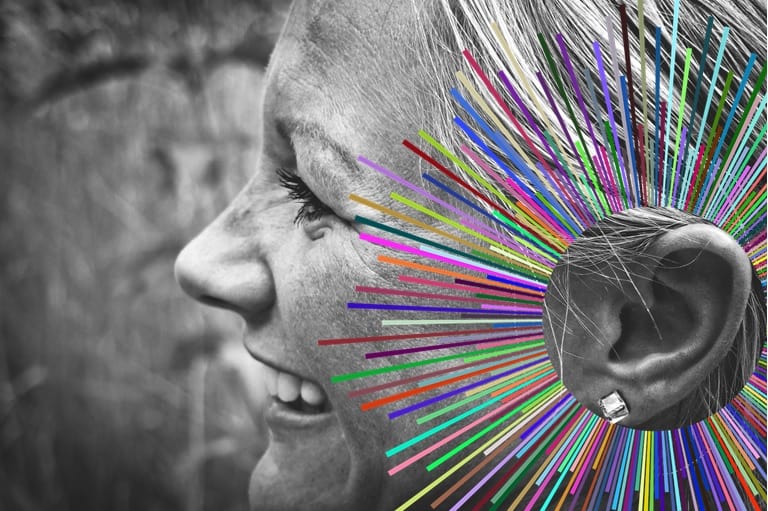 How is writing a form of listening?

Today, make listening a part of your day.

What are your “nuggets” of insight?

Here’s what I wrote in response to this writing prompt:

I gained this insight from listening to a conversation between a waitress and a man whose order had been mixed up. He received white toast rather than brown and although he’d noticed right away, he waited until the end of his breakfast to complain. It was too late to correct it. He ended up getting his breakfast for free, which was his intention as I’d overheard him tell his companion that. He was also extremely rude to the waitress and she really didn’t deserve it. I gave her a good tip when I paid to make up for the tip he probably didn’t give her.

I heard 3 young girls behind the till at Tim Horton’s talking about scheduling issues, and saying things like “and then what did she say?!?” “Oh, nothing, just that it was okay once I told her I had a hockey game.” It made me realize that I don’t really see the people who work at Tim Hortons, or even really think about how they have lives beyond Tim Hortons. Not sure why this felt like such an insight to me, but it did.

I overheard a woman complaining to her partner that she wished people treated her with more respect at work. She had terrible hair, really big 80s hair. I thought “you should fix that hair!” But then I thought, but he really seems to love her, and that kind-of makes her hair okay.

I go to the same restaurant 2 or 3 times a week for lunch. It’s call “Crazy Canucks”. The past couple weeks, I noticed that every time my order is transferred to the kitchen, they yell, “order in, lone ranger!”

Read “Writing Prompt #1” in this series of writing prompts.